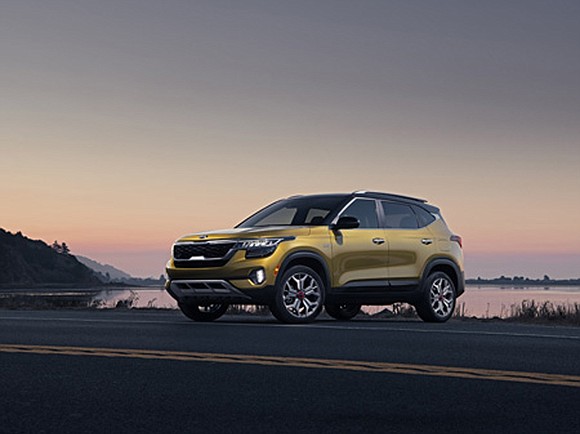 Kia gave us a lot of fluff about the Seltos being refined and right sized. They told us that it was slotted between the Sportage and the Soul. Eh, nope.

Here’s the deal. The Soul is in a class by itself. We don’t even consider it a sport utility, a crossover utility or any other kind of utility. It is special and that is in a good way. We’ll leave it at that. Well, not quite. Kia officials consider the Soul more car than utility vehicle. What’s more, in roughly three years Kia has transformed itself from a company dependent on cars to one full of utility vehicles. Counting the Seltos, they have the Sportage, the Sorento, the Niro and the Telluride. That’s five; one for just about every pocketbook out there.

As the market veers heavily towards utility vehicles, the Kia Seltos is the automaker’s way of expanding its offerings based on what buyers are craving, utility vehicles.

The Seltos, it seems to us, rounds out Kia’s utility lineup. The Telluride is full-sized, the Sportage and Sorento are mid-sized and now the Seltos is small-sized. In other words, Kia now has a utility lineup that meets the needs of those who want a utility versus a car, and there are a lot of them, and their numbers are growing.

But don’t get it twisted. According to Kia, the Seltos is a very capable utility vehicle. And the intent is for it to satisfy a wide range of buyers.

Of course, the Seltos had Kia’s tiger nose grille with a honeycomb and diamond pattern. It was tall, with 7.2 inches of ground clearance. There were taunt surfaces and tight lines and a distinctive profile that was highlighted by a chrome belt line on the upper trim lines. And the automaker said that an optional two-tone roof added an additional layer of coolness. What’s more, to add an aura of ruggedness, the Seltos had cosmetic skid plates and fore and aft.