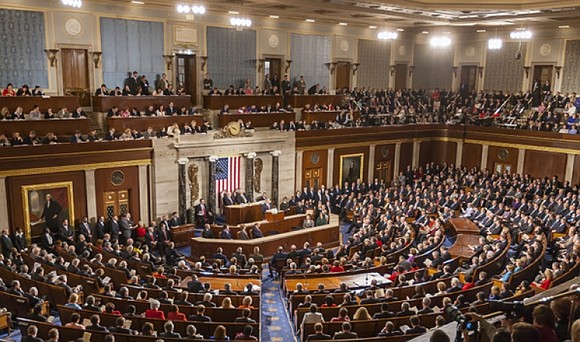 This is a time of great testing for Congress. As it considers responses to the nation’s health and economic crises, it faces close scrutiny by ordinary Americans, financial markets, and businesses large and small across the country. The pressure to move quickly is intense, and it is not an institution built for that purpose.

Yet Congress acts with unaccustomed swiftness when needed. The House passed the first relief measure – providing paid leave, enhanced unemployment benefits, free coronavirus testing, and food and health care aid – while the administration was still coming to grips with the dimensions of the crisis. The Senate acted the following week. Senate Majority Leader Mitch McConnell’s words to the GOP caucus were instructive: “I do not believe we should let perfection be the enemy of something that will help even a subset of workers," he said. In other words: Do this now. And clearly, lawmakers took the need for speed to heart, and in a bipartisan way. The measures passed overwhelmingly in both houses.

There’s a key but basic fact to remember about how Congress works: it’s governed by a majority. This seems like a very simple thing to say, but the reality is that it is not always easy to achieve. I lost track of the number of times, when I served in the House, that I counted members, looking for ways to get to 218 votes (a majority of the 435 members) for a bill I supported. It was a constant question within the party leadership: “How many votes do we have? Can we go to the floor and expect to win?” This is compounded when, as now, each chamber is under the control of a different party. Still, while there are never any guarantees, at times of national crisis the math becomes much easier to achieve.

That’s despite the fact that members can vote any way they want to, and Congress is where all the cross-currents and needs of a complicated nation converge. Congress — at all times, but especially now — is beset by organized interests weighing in. Industry, professional groups, labor unions, farm organizations, veterans’ groups, and hundreds of others all have something to say. These groups are highly organized, effective, and sophisticated. They and their lobbyists are powerful, talented, and deeply knowledgeable of the process. Members of Congress are also listening to the no-doubt urgent messages they’re getting from their constituents and making the political calculations that, even at the most dire times, are very much in the mix on Capitol Hill. You can see why arriving at agreements swiftly is such difficult work.

Which is why, now more than ever, everything depends on the leadership. Even in calm times, the key to the functioning of Congress rests overwhelmingly with the presiding officers of the House and Senate, and with their teams. At the moment, both McConnell and House Speaker Nancy Pelosi are conveying that they intend to keep Congress on an even keel as they work on relief and stimulus legislation. Nonetheless, it is also up to ordinary Americans to keep pressure on the politicians, and especially their own representatives, to make sure that Congress performs as we need it to. I don’t think people are unrealistic about what can be done — they don’t expect miracles. But members of the public do need to remind elected officials that our eyes are on them.

This is obviously a time of great peril, with immense stakes. We are a democracy, unlike the more centrally governed countries that have reacted forcefully to their own crises. Our challenge — and Congress’s in particular — is to respond as the situation demands while preserving the best that democratic governance offers: solutions to the country’s problems that reflect the best thinking and collective wisdom of a great, diverse, and creative nation. It is not written in the stars that Congress can make it work, especially as members grapple with illness in their own ranks. But the evidence so far is that in this crisis, when we need it to come through, Congress can do important work well and do it in a bipartisan way.