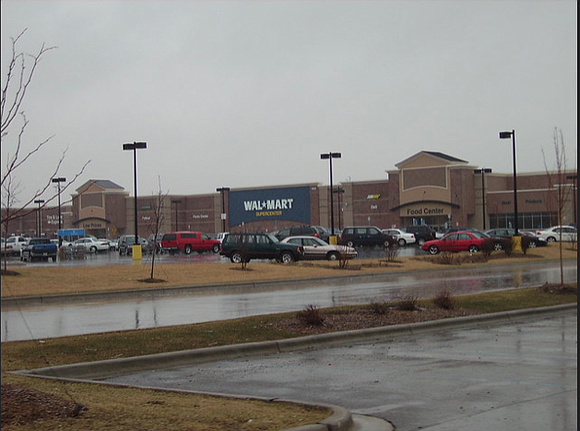 The Walmart in Joliet has been designated a Coronavirus test site only for health care workers and first responders. There is a second site at a Walgreens in Bolingbrook.

The Will County Department of Public Health on Monday reported that the total number of county residents infected with the Coronavirus climbed to 224, with a total of six deaths.

The total number of cases includes 120 men and 104 women, according to WCDPH spokesman Steve Brandy.

The total number of Coronavirus cases in Will County took a large jump in just one day, going from less than 30 to more than 40.

Meanwhile, two drive-through testing locations for first responders and health care workers only, operated privately and not by the WCHD, have been set up in Will County. A Joliet location is in the Walmart parking lot at 2424 West Jefferson Street. A Bolingbrook location is in the Walgreens parking lot at 695 W Boughton Road. These stations are scheduled to operate 10 a.m. to 4 p.m. daily or until the testing stations reach capacity. First responders are defined as “any individual responding to the public health task or mission, as determined by jurisdiction.”

Health care workers are described as “any individual working or providing direct patient care in acute or critical settings” (such as hospitals, clinics, long-term care facilities, and emergency medicine). Since Friday, testing for the public has been restricted by the Illinois Department of Public Health (IDPH) to those with symptoms who are hospitalized.

The first step, however, remains for individuals to isolate and self-monitor themselves if they believe they have been exposed and to monitor their own or family member’s symptoms. If the individual has symptoms that include a fever, a cough, and shortness of breath; they should immediately contact their health care provider, who would know their medical background, and can recommend whether hospitalization and/or testing is needed.

If any changes are announced by the IDPH concerning criteria for testing, WCHD will be informing local media outlets. WCHD also is reminding everyone that the doors of the Health Department are now closed during business hours. Walk-in visitors and clients cannot be accommodated at this time. Those with appointments are being greeted and screened at the door and allowed in. Those who do not have appointments are still asked to call ahead to whichever WCHD service they need (numbers are listed below). If the appointment is deemed necessary, they will be screened and have their temperature taken before services are provided.

The Will County Health Department has also activated a COVID-19 Hotline, which can be reached at (815) 740-8977 for general information about Coronavirus. New information and guidance are added daily, so please visit willcountyhealth.org, cdc.gov, and dph.illinois.gov.