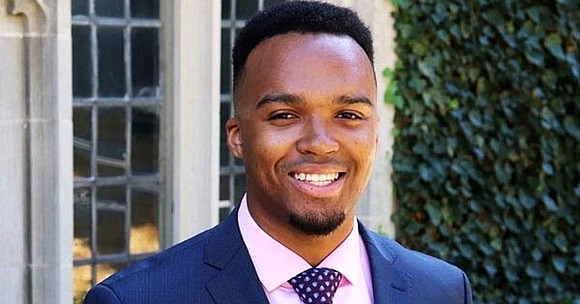 “Being Princeton's first Black Valedictorian holds special significance to me particularly given Princeton's historical ties to the institution of slavery,” said Nicholas Johnson. Black scholars are reaching new heights in higher education and making history in the process. Princeton University student Nicholas Johnson was selected as the institution’s Valedictorian; making him the first Black person in the school’s 274-year history to hold the academic honor.

Johnson—an operations research and financial engineering concentrator who hails from Montreal—will graduate at the top of his class. Aside from focusing on engineering, he is pursuing certificates in applications of computing, statistics and machine learning, and applied and computational mathematics. Throughout the course of his collegiate career, Johnson has worked on research projects that explore how algorithmic decision-making systems can be utilized to address societal issues.

Johnson’s senior thesis—dubbed Sequential Stochastic Network Structure Optimization with Applications to Addressing Canada’s Obesity Epidemic—was centered on how algorithms can be instrumental in solving public health matters. The senior—who worked as a software engineer at Google’s California-based headquarters—has received several academic honors during his time at Princeton including the Class of 1883 English Prize for Freshmen in the School of Engineering, the Sommers of the Class of 1939 Princeton Scholar Award and the Shapiro Prize for Academic Excellence.

Johnson says his historic achievement made him think about how the past, present, and future are interconnected. He reflected on Princeton’s complex history surrounding slavery and he hopes his barrier-breaking academic milestone inspires Black youth to pursue careers in STEM. “It feels empowering. Being Princeton’s first Black Valedictorian holds special significance to me particularly given Princeton’s historical ties to the institution of slavery,” he said in a statement. “I hope that this achievement motivates and inspires younger Black students, particularly those interested in STEM fields.”

Johnson plans on interning at the D. E. Shaw Group doing software development and qualitative research. In the fall, he will kick off his Ph.D. studies at the Massachusetts Institute of Technology.