Is George Floyd the one who's really on trial? 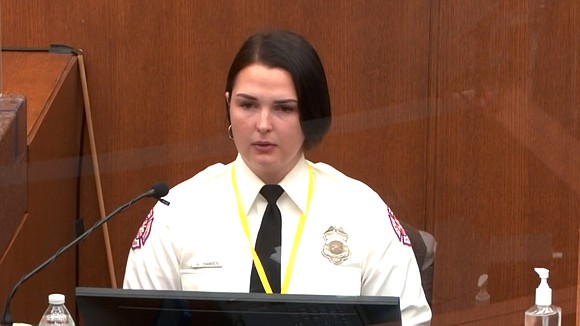 These words, written by James Russell Lowell in his poem This Present Crisis, decrying the inhumanity of slavery, ring even truer today in the trial concerning the death of George Floyd.

From the framing of the trial itself by the media, you would think that the victim, George Floyd, were on trial himself. Yet, he is the innocent victim. He is another statistic in the litany of assaults on black lives that DO matter.

The testimony has been heart wrenching. Several of the witnesses have broken down in tears during their testimony, as did I in their retelling.

Several of the witnesses have been children. What does it say about us as a society, when we leave it up to our children to bear witness to matters of life and death? The captain has indeed left the ship!

It is more than coincidental that the trial involving the death of George Floyd (I refuse to repeat the name of the monster who killed him) is occurring during Holy Week. This is a modern day Crucifixion. Minneapolis is Golgotha in the present tense. That corner of 38th and Chicago, a modern-day Calvary. If there is to be a Resurrection, let it not be followed by a purification by fire.