Legislation could have positive impact on Joliet's Latino community 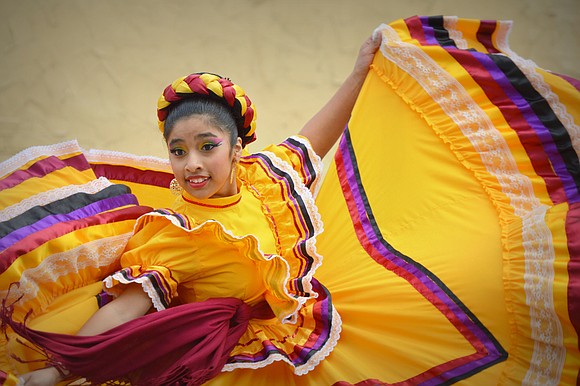 Gov. JB Pritzker last week signed SB 1833 into law, allowing for the designation of cultural districts across the state. Managed by the Illinois Department of Commerce and Economic Opportunity (DCEO), this distinction will promote economic development and empower communities to honor their unique identities and economic contributions to Illinois.

This legislation could have a positive impact on the large Hispanic community in Joliet.

"Illinois' strength lies in our diversity and this legislation helps protect the rich history of cultural communities across the state while providing them with the tools they need to grow and thrive," Pritzker said. "Thanks to the efforts of the Latino Caucus, cultural districts in Illinois can now receive an official designation status, opening the door to economic investment and protecting cultural traditions for generations to come."

Championed by the Latino Caucus, Senate Bill 1833 allows DCEO to establish criteria and guidelines for the creation of state-designated cultural districts. These designations aim to support economic development, preserve historic traditions and landmarks, and encourage cultural education by providing technical assistance such as promotional support and resources for small businesses.

"DCEO is committed to ensuring that our communities and our local businesses across the state have the support they need to compete and thrive in the 21st century," said DCEO Acting Director Sylvia Garcia. "This new cultural designation program celebrates the diversity of our state while encouraging economic development and promoting growth and opportunity that preserves and supports our culturally and historically significant communities."

"Illinois's diverse cultural and ethnic communities not only deserve recognition through a state designation, but also an opportunity to leverage their unique identities and countless contributions. This legislation affords various communities a tool to preserve their legacies for generations to come," said State Senator Cristina Pacione-Zayas (D- Chicago). "I commend the hard work of the Puerto Rican Agenda and my colleague Leader Delia Ramirez, as well as Gov. JB Pritzker for signing this measure today."

"Recovering from the harm of this pandemic will require strategic investment into our hardest hit communities. It is important that we recognize and invest into the rich cultural heritage of Illinois diverse communities," said State Representative Delia Ramirez, Assistant Majority Leader. "This initiative to create State Designated Cultural Districts will empower DCEO to partner with communities to foster and preserve their distinct cultural legacies."

The legislation also establishes an advisory board composed of state officials and community representatives representing the racial, ethnic, and geographic diversity of Illinois to advise DCEO on the creation of criteria and the certification process.

Criteria for state recognition must include:

A demonstrated risk of losing cultural identity due to gentrification, displacement, or the impact of COVID-19;

A history of economic disinvestment;

Joliet has a large Latino community and the Joliet Latino Fest will be held in the city's downtown from noon to 11 p.m. on Sept. 18th in front of the Rialto Square Theater. The fest intends to culminate Hispanic Heritage Month and the Mexican Independence Celebration through a one-day, family friendly festival that celebrates the heritage and culture of the neighborhood through authentic food and music. All are encouraged to attend.

The event will be co-led by recently incorporated Joliet Latino Economic Development Association - a non-profit organization whose vision is to build a financially and culturally prosperous Latino community - and Unidos Marketing Network, a Latino, full-service marketing agency founded in Joliet.

“We established LEDA with the vision of creating a prosperous Latino community, and we realized that in order to make that happen, we needed to be the ones to create the space for the culture and community to thrive,” said Alex Páramo, current President and co-founder and Joliet-native. “We looked around the room and we realized that we had the ability to come together and create an organization that was intentional about building our communities through economic development -- the Joliet Latino Fest will be a sneak peak of what is possible when the community, businesses, local organizations and resources all converge for the Latino community.”

A portion of the proceeds will be donated to the Hispanic Latino Coalition of Will County, which has awarded over $130,000 in scholarships to Hispanic students in the region.