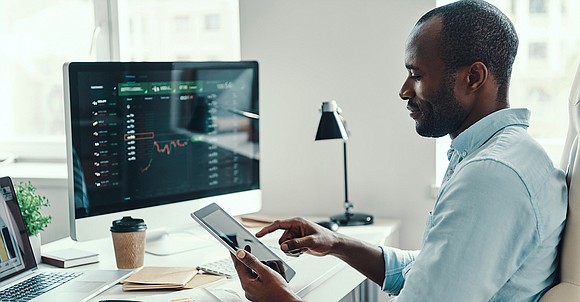 The story of 10-year-old Jaydyn Carr and his mother, Nina Carr, is just one example of the impact of Wall Street’s ongoing GameStop rally.

Their financial windfall came about as a result of a trading frenzy that was never witnessed before– and one that found even some of the most astute stock market experts struggling to explain.

A band of amateur day traders that interacts with one another on the Reddit page WallStreetBets, encouraged whoever was listening to buy shares of the flailing GameStop, AMC, Macy’s and Koss stocks. The goal: counter the influence of the big investors, often hedge funds, who bet against struggling public companies using a process referred to as “shorting.” Shorting a stock allows investors to bet on the degree of misfortune a stock may experience and earn billions of dollars in profits as a result.

In just one day, WallStreetBets’ actions (also known as the Reddit mob or the Reddit Army) resulted in hedge fund losses of over $14 billion. And, despite recent declines, GameStop shares continue to show gains of more than 1,584 percent. The stock now trades at about $150. A year ago, it was just $4.

AMC’s stock is up 200 percent and Koss is up by more than 400 percent. WallStreetBets actions have also incited jumps in BlackBerry, Macy’s and other stocks that were heavily shorted.

As a community, African Americans and other minorities have generally shown little interest in stock trading beyond mutual funds and 401Ks established by employers, but the exposure of how Wall Street works has intrigued many.

Jaydyn had been a GameStop customer when, in 2019, his mother decided to purchase ten shares of the company’s stock for a little over $6.

Nina Carr told the New York Times that her phone blew up during the recent trading frenzy, and she noticed the stock soaring to an eye-popping $351 per share. She consulted Jaydyn on what he wanted to do since she had purchased the stock for him.

“I was trying to explain to him that this was unusual,” the Times reported her saying. “I asked him, ‘Do you want to stay or sell?’”

The development left the most seasoned puzzled. U.S. Treasury Secretary Janet Yellen admitted that she needed to understand what occurred.

As WallStreetBets group of investors purchased stock, hedge fund short sellers, who were already committed to the loans they secured to obtain their shares, had to buy additional shares to cover their now losing bids, which only caused the stock prices to rise further. The trading term to explain what happened is called a short squeeze.

But before the squeeze by the amateur traders, hedge fund giants routinely executed short sales.

A short sale is when someone borrows a share of a stock at a certain. The borrower has a limited number of days to either pay for the stock or return the shares to the lender. But they have already received an amount equal to the lender’s sell price from whoever purchased the stock from them. Now, if the stock’s price falls (which is what the borrower is counting on), the borrower can then buy the stock at the lower price and keep the difference.

“However, if the price goes up, at some point, you still will need to finish the transaction – that is, you’d have to buy that stock to repay the brokerage. So, if that $7 stock rises, and you have to buy it at $10 to cover your short position, you’ve lost $3.”

The GameStop situation has opened eyes – including those of many Black investors.

“Showing that it is possible to take back the power from the institutional investors, like the big banks and hedge funds. Because for years, the Wall Street investors have bet against the struggling GameStop, which has been a failing business ever since gamers began buying directly from the consoles,” Christon added.

“With the big Institutional investors on Wall Street betting against GameStop they were sure the game retailer would fail, and they would receive big payouts from betting against the retailer. All in all, it represents our ability to come together as a people and use our numbers, resources, and intellect to our advantage to break down the systems that have been put in place to oppress us.”

“What it means is that more African American investors will appear, thanks to the slew of information that is readily available online, not just the run-of-the-mill, textbook information but the gritty and dirty,” Philémond-Montout offered.

“We see this in many different avenues, and to me, that is the beauty of online message boards and the internet in general. Thorvald McGregor or Lawrence Lewis are credited with being the first registered African American securities salesmen in 1949.

“Harvey Thomas, Forrest Tomlinson, and George King were the first three African-American brokers to be hired by Merrill Lynch in 1965. Travers Bell and Willie Daniels established Daniels & Bell, Inc. in 1971, making it the first African American firm on the New York Stock Exchange.

“Now, thanks to Robinhood, Etoro, and TD, among others, everyone can be an investor. We have to read and learn to understand how it works fully, the good and the bad stuff, but we have access to the market. I think wild times are ahead in general, and that the Afro-descendant community has to take part in this.”