Illinois will receive $19.8 million to help abate the crisis across the state 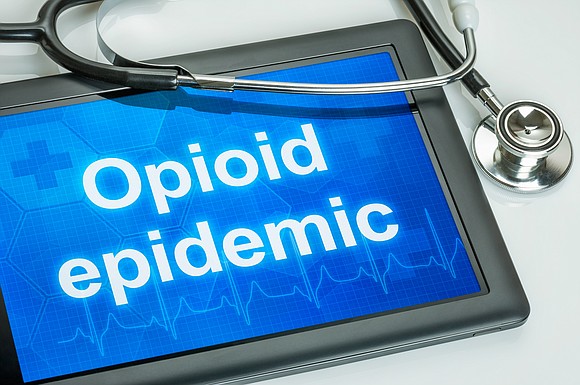 Attorney General Kwame Raoul joined a bipartisan coalition of 53 attorneys general in a $573 million settlement with one of the world's largest consulting firms, McKinsey & Company (McKinsey). The settlement resolves an investigation into McKinsey's role in working for opioid companies helping those companies promote their drugs and profiting from the opioid epidemic.

The settlement, after payment of costs, will be used to abate and address the impact of the opioid epidemic throughout Illinois and the other participating states. Illinois will receive more than $19.8 million from the multistate settlement. This is the first multistate opioid settlement to result in a substantial payment to help states address the epidemic.

"The opioid epidemic has devastated communities and families throughout Illinois and across the country," Raoul said. "McKinsey's actions helped opioid manufacturers maximize profits, often at the expense of the health and safety of the public. Today's settlement will hold McKinsey accountable for its role in perpetuating the opioid epidemic, but even more significantly, will provide much-needed assistance in combating the epidemic's effects. I will continue to investigate and hold accountable the companies that have contributed to and profited from this public health crisis."

In addition to providing funds to address the crisis, the agreement calls for McKinsey to prepare tens of thousands of internal documents detailing its work for Purdue Pharma and other opioid companies for public disclosure online. McKinsey also agreed to adopt a strict document retention plan, continue its investigation into allegations that two of its partners tried to destroy documents in response to investigations of Purdue Pharma, implement a strict ethics code that all partners must agree to each year, and stop advising companies on potentially dangerous Schedule II and III narcotics.

The settlement Raoul and the states filed outlines how McKinsey contributed to the opioid crisis by providing marketing schemes and consulting services to opioid manufacturers, including OxyContin maker Purdue Pharma, for over a decade. The filings detail how McKinsey advised Purdue on how to maximize profits from sales of its opioid products, including by targeting high-volume opioid prescribers, using specific messaging to get physicians to prescribe more OxyContin to more patients, and circumventing pharmacy restrictions in order to deliver high-dose prescriptions.

As part of their investigation, the states found evidence of possible destruction of evidence by McKinsey partners. Specifically, when states began to sue Purdue's directors for their implementation of McKinsey's marketing schemes, McKinsey partners began emailing about deleting documents and emails related to their work for Purdue. The settlement seeks to address this conduct as well, including with injunctive terms aimed at enhancing McKinsey's document retention policies and systems.

The settlement is part of Attorney General Raoul's ongoing efforts to combat the opioid epidemic and hold accountable companies whose deceptive practices have increased opioid prescriptions at the expense of public health. In 2019, Raoul's office filed a lawsuit against opioid manufacturer Purdue Pharma for carrying out aggressive and misleading marketing campaigns to increase prescriptions of opioid painkillers as communities throughout Illinois and across the country faced an opioid addiction epidemic. Raoul's office subsequently expanded the lawsuit against Purdue Pharma to include several members of the Sackler family, which founded and owns Purdue Pharma, for their roles in directing and approving the company's misleading marketing efforts. Also in 2019, Raoul filed a lawsuit against several additional opioid manufacturers and distributors, alleging that their unfair and deceptive marketing and distribution of opioids played a key role in the over-prescription, misuse, abuse and diversion of dangerous opioids, contributing to the opioid crisis in Illinois and nationwide. The two lawsuits are pending.

Raoul urges anyone who believes they or a loved one may be addicted to opioids to seek help by calling the Illinois Helpline for Opioids and Other Substances at 833-2FINDHELP, which operates 24 hours a day, seven days a week.