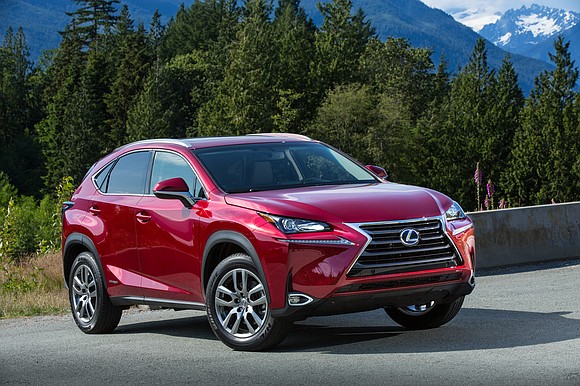 Incremental improvements; that is the best was to describe the 2021 Lexus NX 300h F Sport.

The 2.5-liter four-cylinder engine was mated to electric generators powering both the rear and front wheels and sending captured energy to the Nickel Metal Hydride battery. The total horsepower output was 194.

What stood out about the NX hybrid was the continuously variable transmission. It simulated shifts well. The drone of a hybrid was gone during acceleration and that could make the small crossover more appealing.

The driving dynamics of the NX hybrid were more than acceptable. It accelerated well. Cornering was good, the suspension was firm without being harsh and the vehicle was nicely balanced, considering the extra weight of the hybrid battery.

We had the Black Line Series, which comes with a Haliburton Luggage Set. Lexus said only 1,000 units of this trim line will be produced.

In addition to the two-piece luggage set, which can be shipped to a destination of your choosing, the F Sport Black Like Edition included a sport suspension, front fog, and cornering lights, as well as LED daytime running lights, a black headliner, black capped sideview mirrors and 18-inch F Sport alloy wheels.

It had Bi-LED headlights and of course a backup camera. There were no options on our 2021 Lexus NX 300h F Sport, save the door edge guards, rear bumper protector, illuminated door sills and mud guards. The sticker as tested was $48,745.