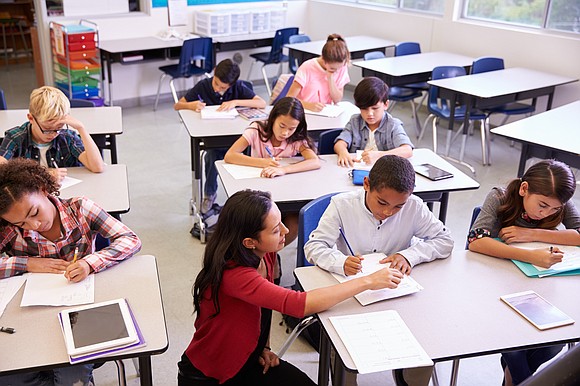 Plainfield – District 202 officials project the 2021-22 operating budget revenues will surpass expenses by up to $4.7 million, based on preliminary budget data presented at the June 28, 2021 Board of Education regular meeting.

The Board will hold a public hearing on the proposed budget at 6:30 p.m. Monday, August 16, 2021, and vote on the new fiscal plan at its regular meeting that same night. The Board meeting will be held at the District 202 Administrative Center, 15732 Howard Street, Plainfield.

• maintains “Recognition” status (the highest possible ranking) on the State Board of Education’s Financial Profile.

The operating budget pays for all daily operating expenses including salaries and benefits, which comprise about 79 percent of the Operating Budget this year.

The State of Illinois considers the Education, Operations and Maintenance, Transportation, Working Cash, IMRF and Tort funds together as the “Operating Budget” to assess and rate school districts’ financial health.

As usual, salaries and benefits comprise about 79 percent of the preliminary projected 2021-22 operating expenses.

Salaries and benefits are expected to total about $249.9 million, which is up about 6 percent, or $14.1 million, over last year’s $235.8 million. Again, that includes salaries for 47 new certified staff.

The proposed fiscal plan includes $4.1 million for assorted capital projects and a $1 million contingency for building-specific enrollment changes and special education needs, as has been done the last several years.

Finally, District 202 operates more efficiently than the state average in nearly every category, per the 202 state report card:

• Pupil to Elementary Teacher Ratio – 19:1 students to every teacher, versus the state average of 18:1

• Pupil to High School Teacher Ratio – 23:1 students to every teacher versus the state average of 19:1 students