"The Ground Breaking: An American City and Its Search for Justice" by Scott Ellsworth 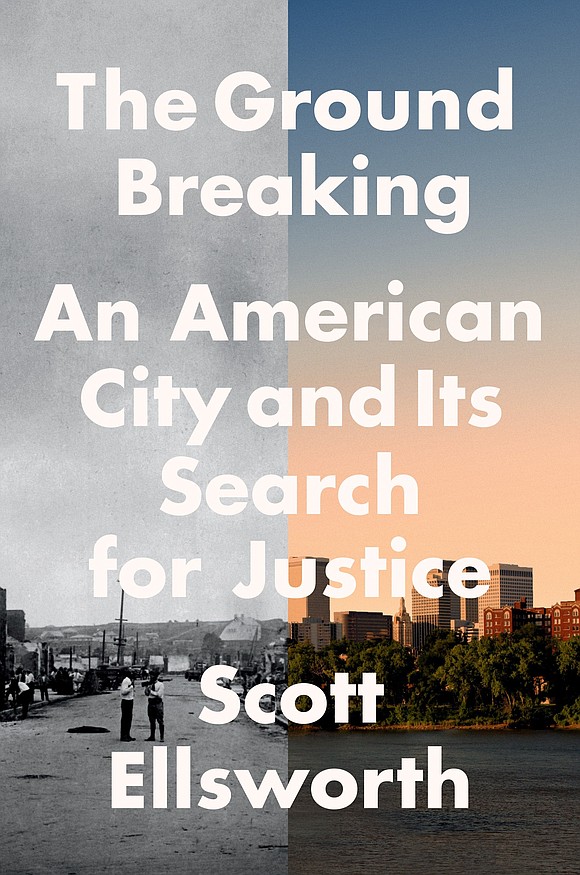 Your legs felt as though they were made of rubber.

It was like walking on a bed of marbles, like wearing rollerskates on a waterbed. Your arms flailed for something steady but whether this was an inner event or something outside, you wonder if you'll ever feel stable again. As in the new book "The Ground Breaking" by Scott Ellsworth, you're rattled.

In their last season without responsibility, twelve-year-old Scott Ellsworth and his buddies spent the summer of 1966 exploring their hometown of Tulsa, Oklahoma, and visiting the library. There, Ellsworth discovered hints that the whispers he'd overheard his entire life were true: there really was a "race riot" in Tulsa decades before his birth.

He tucked the information away in his head. Later, while researching the riot for a possible college thesis, he was confounded by missing or destroyed documents and reluctant witnesses.

It had started with a scream.

On May 30, 1921, Dick Rowland, a shoeshiner at a white-owned business, was heading to a designated "colored" restroom at the Drexel Building; minutes after he left, Sarah Page, the seventeen-year-old white elevator operator there, screamed. The reason was never determined, Dick was blamed, Sarah declined to press charges, and the matter seemed to be settled.

The incident festered in the white community until, two mornings later, after Dick's attempted lynching and just before dawn, some of Tulsa's white citizens marched into Greenwood, a suburb, and began shooting. Thirty-six hours later, more than a thousand homes and businesses were destroyed and a still-unconfirmed number of people, mostly Black, lay dead.

And then, the story all but disappeared. White Tulsans wanted to forget. Black Greenwoodians couldn't, but they didn't discuss it – until Ellsworth found a man who'd been waiting decades to talk...

Reading "The Ground Breaking" is going to leave you wrung out.

But first, what may be a surprise to readers is what this book is not: it's not a hugely-detailed account of the Tulsa race massacre. It's part of the story here, of course, but it's not the focus. You'll learn bits and snips of those thirty-six hours from a century ago, but only in support of the rest of the tale.

Instead, what'll keep your nose in this book is multi-pronged. It's partly a memoir, in which author Scott Ellsworth shares the difficulty of sleuthing out the truth, why he was so tenacious, why many people helped him, and why others tried hard to stop him. Together, this all reads like a true-life mystery-thriller, a feeling that's bolstered by Ellsworth's totally-exhaustive pursuit of information and documentation (which is still unnervingly unavailable) and his relentlessly-dogged search for the bodies of the dead. On this latter, readers may still feel a sense of the unfinished, and closure is elusive here.

This is the kind of book that, once you start it, makes the hours disappear. It's an emotional one that'll make you skip dinner and lock the door so you can just read. For sure, "The Ground Breaking" will shake you up.