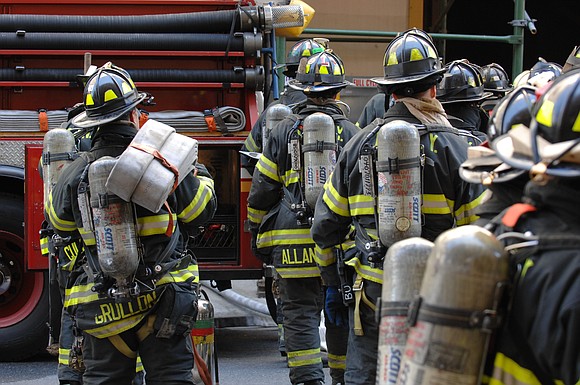 U.S. Senators Dick Durbin (D-IL) and Tammy Duckworth (D-IL), along with U.S. Congressman Bill Foster (D-IL-11), gave $593,163 in federal funding to the Joliet Fire Department for purchase of new self-contained breathing apparatus (SCBA), which are vital to firefighters as they respond to emergencies. The funding was awarded by the Federal Emergency Management Agency (FEMA)’s Assistance to Firefighters Grant (AFG) Program.

“Firefighters are called upon day after day to protect our communities and deserve to be equipped with the best training and tools possible to do their jobs,” said Durbin. “I’m proud to announce this federal funding, which will allow the Joliet Fire Department to purchase much needed equipment to improve the safety of its firefighters and the community they serve. I’ll continue working alongside Senator Duckworth and Congressman Foster to provide robust support for the Assistance to Firefighters Grant Program.”

“Firefighters risk their lives and run toward danger when others run away and we owe it to them to make sure they have the best equipment and training,” said Duckworth. “I'm proud to join Senator Durbin and Congressman Foster in announcing this funding to help ensure Joliet’s firefighters have the tools they need to keep themselves and their community safe.”

“Our firefighters put their lives on the line every day to keep our Joliet neighbors safe, and we could not be more grateful for their service,” said Foster. “I am thrilled that the Joliet Fire Department is receiving federal funding to purchase equipment that will keep our brave firefighters safe. In Congress, I am going to keep fighting alongside Senator Durbin and Senator Duckworth for direct investments in the health and safety of Illinois first responders.”

“Thank you Senator Durbin, Senator Duckworth, and Representative Foster for your efforts. These grants allow us to keep our firefighters, and the public, as safe as possible. The City of Joliet really appreciates the efforts of our federal elected officials,” said Joliet Mayor Bob O’Dekirk.

“By securing the AFG award, this will allow our fleet of air packs to be standardized to assure the highest level of safety of our personnel. Senator Durbin, Senator Duckworth, and Congressman Foster’s support of this initiative shows their commitment to public safety and our community,” said Joliet Fire Chief Greg Blaskey.

This release was originally issued by Senator Dick Durbin's office on October 1, 2021.