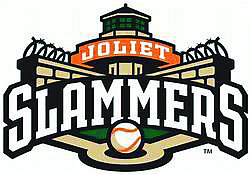 The Joliet Slammers are making several front office changes as they close out the 2021 season and begin preparations for 2022.

Heather Mills, who has been with the team since 2013 and who has been General Manager since 2016 will become the Chief Financial Officer overseeing all budgeting and financial aspects of the organization. Her responsibilities will also include ticketing operations, merchandising, and overseeing Food and Beverage operations.

John Wilson, who was hired as the Vice President of Sales & Marketing in the fall of 2018, will become the Executive Vice President of Baseball Operations/Chief Revenue Officer. He will oversee all revenue generation activities, as well as both baseball and stadium operations.

Lauren Rhodes, who most recently served as Director of Ticket Sales, and who has been with the team since 2016 will become the Assistant General Manager. She will oversee all stadium rentals, ticket sales, and ticket sales staff.

"Heather and John have been extremely important leaders for the ballclub and I am happy to recognize their many contributions to the Slammers both on and off the field" said majority owner Nick Semaca. "We thank Tom for eight great years and wish him the best in his retirement, and we are excited to have landed a terrific new head of Food and Beverage in Doug Clements."

The Joliet Slammers play at DuPage Medical Group Field in downtown Joliet, Illinois, and are members of the professional, independent Frontier League. The Frontier League is entering its 30th season of play in 2022. It is the largest MLB Partner League with 16 teams spanning from the Mississippi River to the East Coast. Visit the Slammers online at www.jolietslammers.com or call the ticket office at 815-722-2287 for more information! Don't forget to "Like" the Slammers on Facebook at www.facebook.com/jolietslammers or follow them on Twitter at @jolietslammers!