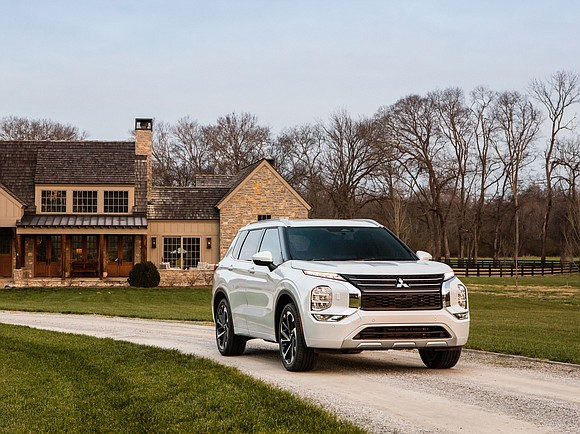 ANN ARBOR, MI – Mitsubishi is back. Or a more conservative view is that it is progressing nicely.

We came to this college town just west of Detroit to get a look at the Outlander and the Eclipse Cross. Before we go any further, we are more than pleased to report that the automaker has refined the grilles on both crossovers. They look like a full piece rather than being horizontally cut in half. That alone to us was a major improvement.

What Mitsubishi representatives told us was by summer they will have refreshed their product lineup and we will see a redesign of their flagship, the Mitsubishi Outlander.

They said there will not be blizzard of the products. Mitsubishi plans to look at niches and exploit them where they can. That might be doable. Mitsubishi always made solid products. But the sheet metal was the victim of awful business decision.

It seems they have righted that ship. In a recent customer service index, Mitsubishi gained a hefty 11 points. And by the look of their latest products, they are on the right path.

A third row is standard in the Outlander. Like the Eclipse Cross designers have moved the headlights to the side of the redesigned grille. The LED daytime running lights form a slender eyebrow over the headlights. It was a nice look.

There was a clamshell hood and flat roof, which gave the Outlander a hint of muscle. Mitsubishi calls the new face “Dynamic Shield.” The fenders were muscular and there were available 20-inch wheels.

Engine output was improved by 8.9 percent. The 2.5-liter four cylinder made 181 horsepower and a matching 181 pound-feet of torque at 3,600 RPM. It was mated to an eight-speed sport mode continuously variable transmission. It also had a half dozen drive modes including snow, gravel, and mud.

And before we forget, the third row was meat for kids or small people. When not in use it could be folded flat into the floor.

We were returning from lunch at the Hell Saloon in Pickney, MI. We had got here by test driving the 2022 Mitsubishi Eclipse Cross.

This drive was all two-lane back roads like Ellsworth and Austin and Riverside Drive. The Eclipse Cross was powered by a 1.5-liter direct injected four-cylinder turbocharged engine. It was mated to the same eight-speed sport mode continuously variable transmission.

The Eclipse was quiet. It handled these winding two lane roads well and though they said it had been refreshed, five inches was added to the body length. That requires reengineering, lots of it.

The Eclipse was restyled. It too has the Dynamic Shield grille with the DRLs forming eyebrows at the hood line. Mitsubishi said there will be a plug-in version but no straight hybrid at this time.

It had a new front bumper guard and refreshed light layout completed the front design. The new silhouette continued to the rear with a redesigned hatch and rear window. The Eclipse Cross' three-dimensional taillights extended upwards and inwards. The new tailgate featured a sharply sculpted hexagon meant to convey ruggedness and dependability.

In press material Mitsubishi said, “inside the cabin, a new black interior with silver accents and light gray leather seats creates a more sophisticated look. Door trims also coordinate with the car seat color to feature a high-quality, sporty interior space. Eclipse Cross' interior has always been an exciting and comfortable place to spend time, and the new changes move it to a more enjoyable and upscale level.

“A new 8-inch smartphone-link display audio (SDA) system comes standard, giving the driver a better view of the information and easier operation. The screen has been moved closer to the driver and front-seat passenger for ease of use, and now incorporates volume and turning knobs for fast reference. The touchpad that was previously used for multiple functions has been removed to allow for more storage space on the center console.”

At a $23,395 starting price, the Mitsubishi Eclipse Cross seemed well position in terms of price, styling, and equipment to make an impact in the market.