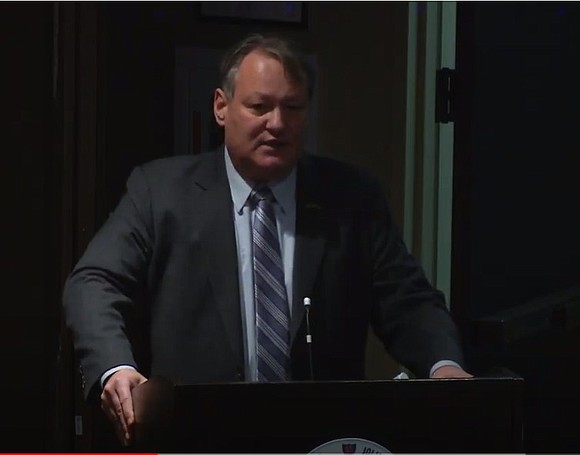 Jim Capparelli became Joliet's permanent City Manager on Friday following a 5-3 vote by the city council during a special meeting.

Attorney General Kwame Raoul last week announced that his office is launching an investigation into possible patterns or practices of unconstitutional or unlawful policing by the Joliet Police Department. The civil investigation follows requests made by the Joliet mayor and members of the Joliet City Council.

In response to the investigation, City Manager Jim Capparelli released the following statement:

Attorneys and subject matter experts from the Attorney General’s office will conduct a detailed review of the Joliet Police Department’s policies and training. Raoul’s office will also inspect department reports resulting from traffic and pedestrian stops, searches and arrests. Of particular interest will be the Joliet Police Department’s policies and practices related to the use of force and supervisory and department reviews of these incidents. In addition, Raoul’s attorneys and experts will investigate the department’s handling of misconduct allegations against officers by reviewing complaints from the public, the department’s investigations into those complaints, as well as any resulting corrective or disciplinary action.

“We have begun meeting with government officials, law enforcement personnel, community advocates and people directly affected by policing in Joliet,” Raoul added. “I appreciate the cooperative approach expressed by city and departmental leadership, as well as the proactive steps initiated by Chief Malec since her recent promotion I am committed to conducting an independent and unbiased investigation that prioritizes public and officer safety and the lived experiences of all areas of the Joliet community.”