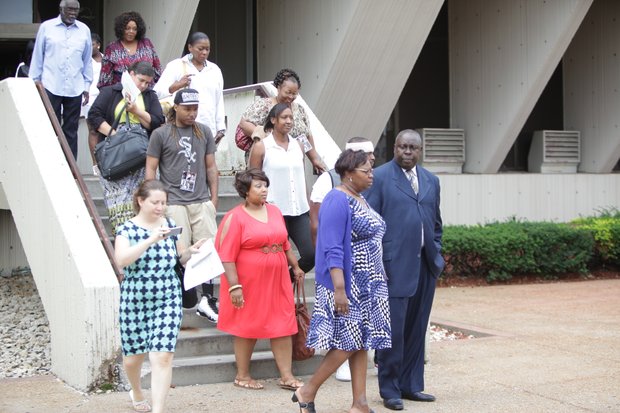 The families of Terrance Rankins and Eric Glover leave the Will County Courthouse in Joliet following the guilty verdict issued against Bethany McKee for their murders.