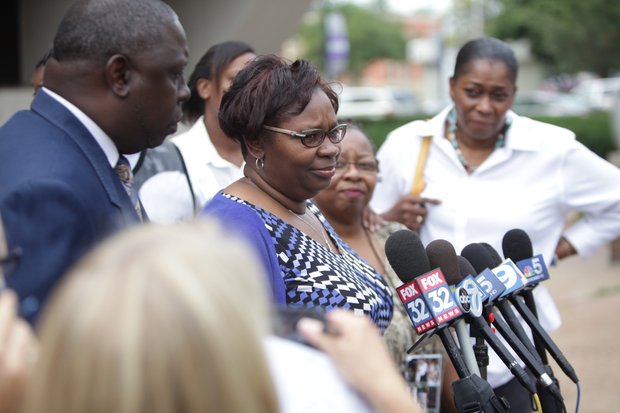 Jamille Kent, mother of murder victim Eric Glover, speaks to reporters following the verdict handed down against Bethany McKee, who was found guilty of murdering him and Terrance Rankins.