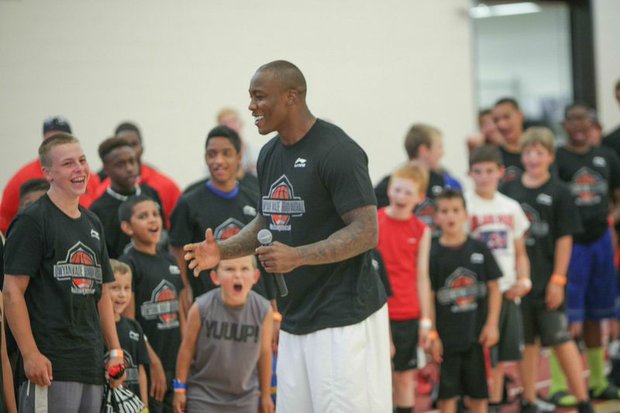 Dwayne Wade the Miami Heat guard and Bears wide receiver Brandon Marshall made several children happy on Tuesday and Wednesday at their Sports Academy in News Lenox, IL. Boys and girls showed their excitement at the opportunity to learn some major moves from the pros.

Just a couple of days before Chicago Bears wide receiver Brandon Marshall had to report for training camp, he was already on the field. But he was not playing with his Bears teammates or trainers. He was with Miami Heat guard Dwayne Wade on Tuesday and Wednesday with girls and boys from all over the area ages 7 to 18 for their Sports Academy at Lincoln-Way Central High School in New Lenox. The academy offered coaching in basketball, football and cheerleading.