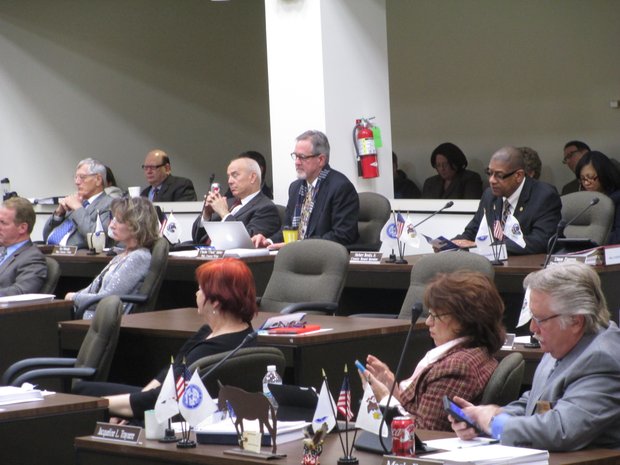 Will County Board members were evenly split along party lines when it came to a motion to trim $1.5 million from capital improvements budget.

The deciding vote to keep the capital improvements portion of the 2014-15 at $2.4 million was cast by Will County Executive Larry Walsh.