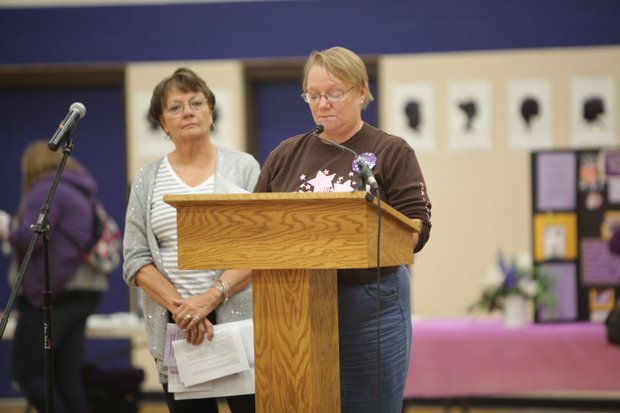 Hundreds turn out for Take Back the Night rally

Despite being moved inside because of rain, turnout was strong to hear the mother of a murder victim and the sister of the man convicted of the murder speak about violence against women.