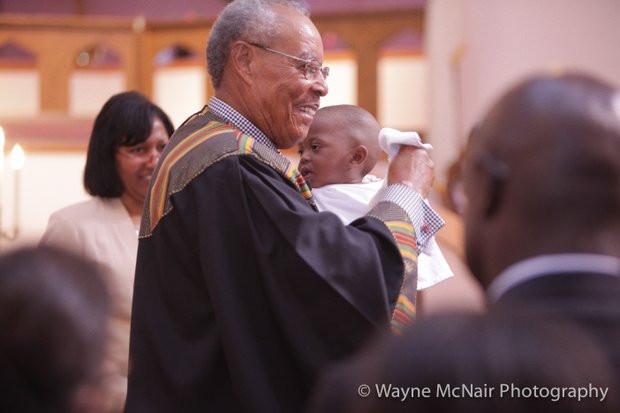 The Rev. Lishers Mahone smiles Sunday during his final service as pastor of Brown Chapel AME Church in Joliet.

He has been witness to discrimination and watched the country elect its first African-American president, but a Joliet pastor says no matter how far you come in life, there still is more to be done.

The minister is retiring after a career of more than 40 years, 33 years of which were served at the Joliet church.