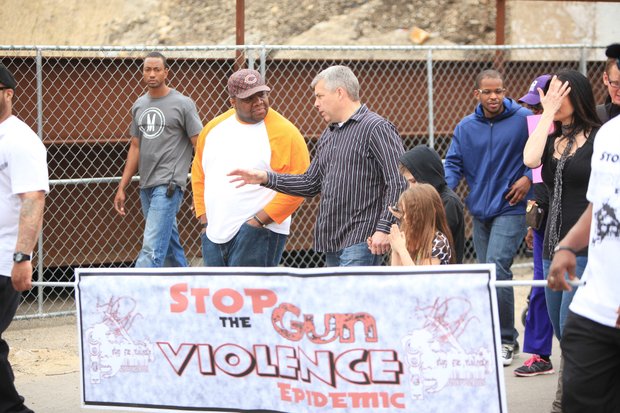 Joliet Mayor-elect Bob O’Dekirk speaks with a participant in Sunday’s Men of Valor 2 prayer walk to stop gun crime in the city.