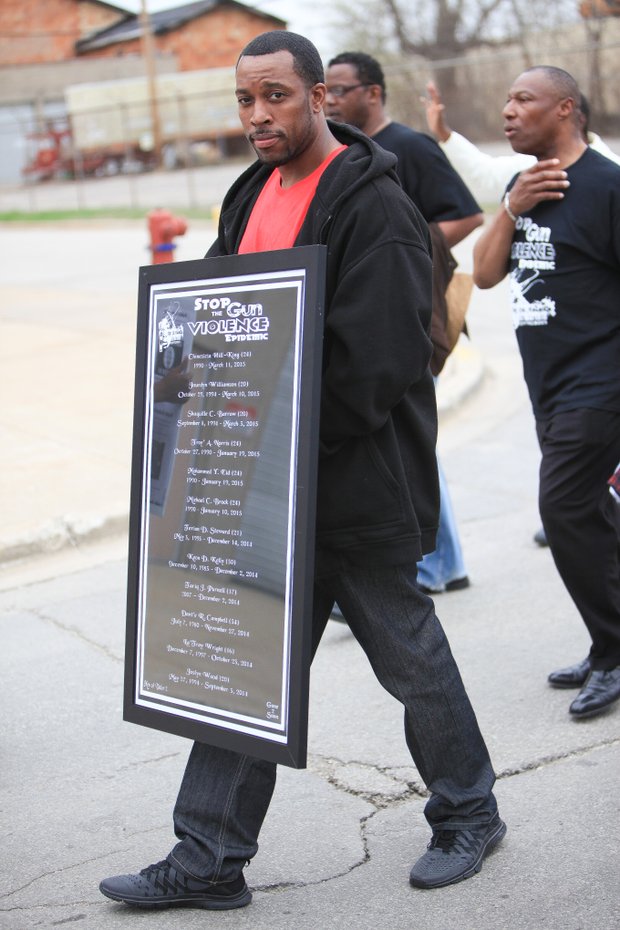 A participant in the Men of Valor 2’s Stop the Gun Violence Epidemic prayer walk holds a sign listing the names of Joliet residents who have been killed by guns in the city.