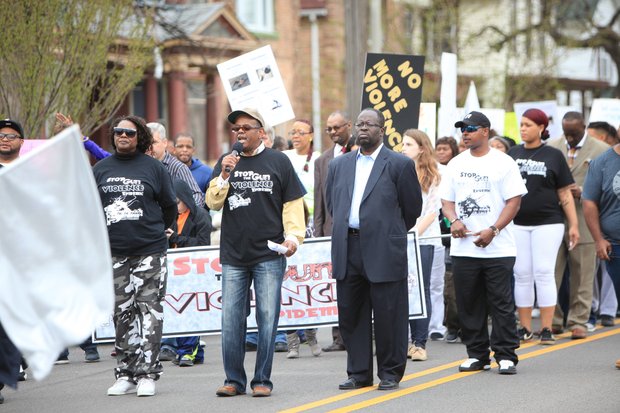 Many people spontaneously joined the Men of Valor 2's prayer walk Sunday as it passed down Richards Street, Eastern Avenue and other East Side streets, Pastor Lonnie Posley said.