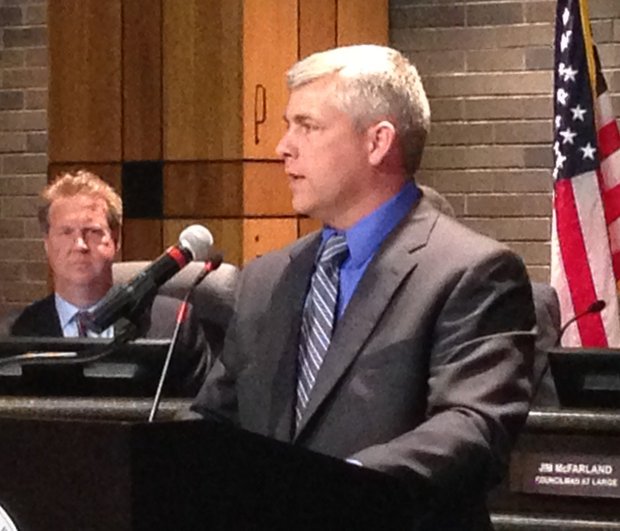 New Joliet Mayor Bob O'Dekirk speaks to the audience at Joliet City Hall Monday night after being sworn in to his new position, while District 3 Councilman John Gerl (left) listens.

It was an emotional night for outgoing Mayor Tom Giarrante, who thanked his family and friends and said goodbye to city staff at his last city council meeting Monday.