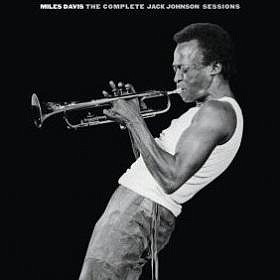 Director Stanley Nelson (The Black Panthers: Vanguard of the Revolution) casts a filmmaker's Kleigl light on one of the most enigmatic and enduring musical figures of the last century in Miles Davis: Birth of the Cool, which had its Florida Premiere at the Miami Film Festival. With numerous never-before-seen video and still images of the 'Picasso of Modern Jazz" interlaced with revealing interviews by entimes such as long-time wife and muse Francis Taylor Davis, who at 80, offered the most illuminating insights into his prismatic character, the French chanteuse Juliette Greco, an early flame during his life-changing matriculation in Paris, to musical historian Stanley Crouch, jazz impresario George Wein and fellow musical compatriots and collaborators Wayne Shorter and Herbie Hancock, among others. The film is a vivid portrait of an artist who defies category, yet remains one of the most significant cultural signposts of modern times. Miles Davis has won more Grammy Awards than any jazz musician in history. With 23 nominations, he has won 16 Grammys, including 7 Grammy Hall of Fame awards and two Grammy Lifetime Achievement Awards. Only the great Duke Ellington comes even close.