The Metropolitan Youth Symphony Orchestra (MYSO) has announced Roydon Tse as the winner of the 2017 Student Composition Competition. His winning composition, titled “Jest,” will be performed by MYSO on March 15 at 7:30 pm (Lewis University) and March 19 at 4 pm (Joliet Junior College) under the direction of Lawrence Sisk. Born in Hong Kong, Tse studied in the UK for five years before completing degrees in composition at the University of British Columbia (B.Mus) and the University of Toronto (M.Mus). He is currently completing his D.M.A at the University of Toronto, and is an associate of the Canadian Music Center. A composer of symphonic, chamber and vocal works, his music has been performed internationally including Australia, China, Portugal, Canada, and the US.

The Trump administration recently proposed two rules that would allow states, pharmacies, and drug wholesalers to import non-FDA approved medicines from Canada. No administration, Republican or Democrat, has ever allowed Canadian drug importation – and for good reason. First, experts agree that such a scheme wouldn’t reduce by one penny the co-pay of a single American. Second, it would expose Americans to dangerous counterfeit medicines. Here's what the administration is proposing. The first of the two rules would allow states, pharmacies, and manufacturers to develop their own importation programs, which the federal government must then review. The second rule would allow U.S. drug manufacturers to import their own drugs and sell them domestically. Each of the administration's schemes would require various safety tests and regulatory screenings that would negate any savings generated by buying Canadian drugs at a lower cost.

Lemont Artists Guild will host a water color demonstration during its November 17 meeting beginning at 7 p.m. at the Homer Township Public Library.

Dear EarthTalk: Do scientists think there is a big environmental component to the huge rise in peanut allergies in recent years?

Peanut allergies among children in the United States has more than tripled, from 0.4 percent in 1997 to 1.4 percent in 2010, according to a study by food allergists at Mount Sinai Hospital in New York City. Of the eight foods that cause 90 percent of food allergies (milk, soy, eggs, wheat, peanuts, tree nuts, fish and shellfish), peanuts are the deadliest. They result in an estimated 15,000 emergency room visits (half of the 30,000 due to food allergies) in the U.S. Heather Fraser, author of The Peanut Allergy Epidemic: What’s Causing It and How to Stop It, says that despite the continuing intense attention given to the growing epidemic of peanut allergies in children, an answer to its cause(s) has not been found. Fraser adds that it is difficult to accept the startling increase in peanut allergies in just the last 20 years as a coincidence or to chalk it up to a genetic fluke. Robyn O’Brien, author of The Unhealthy Truth: How Our Food is Making Us Sick and What We Can Do About It, states that the sudden surge in American peanut allergies may be attributed to the fact that peanuts are grown in the same soil as Roundup Ready, or glyphosate tolerant, cotton. Unlike almonds, walnuts and cashews, peanuts do not grow on trees—they re actually a legume with a soft shell that grows in the ground. “Put anything in that soil and you can imagine how it gets absorbed into the peanut,” O’Brien wrote on her website, adding: “Put genetically engineered seeds in that soil and you get soil that is saturated with a controversial chemical, glyphosate,” a chemical that the U.S. Environmental Protection Agency (EPA) has linked to gradually increasing, cellular-damaging inflammation. But according to Fraser, the consumption of genetically modified foods does not correlate with the epidemiological facts of the peanut allergy epidemic: during a specific window of time between the late 1980s and early 1990s peanut allergy began to increase suddenly, just in children, in specific countries (the US, UK, Canada, AU) – and again, at the same time. Upon further investigation, Fraser discovered that there was a precedent to the child specific epidemic. “Over 100 years ago the words allergy and anaphylaxis were coined to describe strange symptoms in

When it comes to the health of your pets, medications play an important role in preventing disease, increasing longevity, and making for a healthier, happier pet. Whether it’s antibiotics, pain meds, or flea and tick prevention, there are various things to keep in mind when choosing the right medication for your furry family member.

State Rep. Larry Walsh Jr., D-Elwood, is demanding the state put American jobs first by backing a measure that would require Illinois to only purchase vehicles made in North America. “Taxpayers in my district are fed up with foreign businesses and corporations that ship American jobs overseas being rewarded over hardworking Illinois families,” Walsh said. “It’s time to rewrite the rules. This legislation is designed to send a message that Illinois is serious about investing in American workers.”

These days, many countries around the world produce food guidelines periodically to help improve nutrition and encourage healthy lifestyles among their populaces. The most recent update for Americans came in 2013 when the Obama administration released its MyPlate guidelines suggesting that a healthy diet consists of 30 percent grains, 40 percent vegetables, 10 percent fruits and 20 percent protein, the latter including some dairy. In unveiling the MyPlate guidelines, First Lady Michelle Obama suggested that Americans need not measure out exact proportions but instead simply make sure to exercise portion control and fill half their plates with fruits and vegetables and the other half with lean proteins, whole grains, and low-fat dairy. But earlier this year Canada came out with its own new set of more detailed food guidelines which public health advocates are praising as an improvement over America’s relatively simplistic standards. Indeed, Canada’s new Food Guide incorporates specific recommendations for eating the right foods according to an individual’s age and gender, and also offers tips regarding serving size for each food and preferred cooking methods, as well as suggestions for maintaining a wholesome lifestyle and body weight with daily physical activity. Based on input from some 20,000 Canadians, Canada’s new Food Guide encourages the intake of plant-based proteins like legumes and soy products rather than meats and dairy (although still advises to give whole milk, low-fat yogurt and cheese to young children). "There’s no more dairy food group, a win not only for public health but also cultural inclusivity, given that up to 90 percent of some non-European ethnicities are lactose intolerant,” says Anna Pippus, an animal rights lawyer and director of Farmed Animal Advocacy at the non-profit Animal Justice. “It’s also a huge win for the cows who really don’t want us to kill their babies so we can steal their milk.” Pippus adds that instead the new guidelines “sensibly advise people to drink water.”

Three documentaries–it is not hyperbole to call them searing–examine discrimination and crimes against women.

Your last paycheck was gone before you got it. A good chunk of it was earmarked for housing. You had to pay for your new car, and gas. Everybody’s favorite Uncle took his share, you have this nasty little habit called “eating,” and there you go: a few dollars left for fun, which is no fun at all.

Entertainment Studios boss Byron Allen is seriously interested in buying Tribune Media, The New York Post reports. Allen shelled out $300 million for the Weather Channel in April, and he’ll be up against three other bidders for Tribune. It’s the company’s second go-round on the auction block. The FCC blocked Tribune’s sale to Sinclair Broadcasting, three months ago in what was to be a $3.9 billion deal. The market cap for Tribune, which includes New York-based WPIX-TV and Chicago’s WGN, is at $3.4 billion. The Post reports that Allen’s rival bid has backing from Citigroup and Goldman Sachs. Also vying for Tribune Media is Nexstar Media Group and Leon Black’s Apollo Global Management. Second-round bids are expected by mid-December. 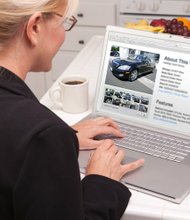 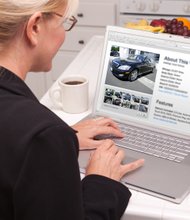 Don't let back-to-school tasks sneak up on you

Parents, if this is your first time at the back-to-school rodeo, let me share a few lessons my wife and I have learned the hard way. Chances are you'll be spending the next few weeks filling out piles of pre-enrollment paperwork, lining up carpools and, of course, taking the dreaded shopping excursions for clothes and school supplies.

Dear EarthTalk: The proposed KeystoneXL oil pipeline from Canada into the U.S. seems to get all the headlines, but shouldn’t we also be worried about the Energy East pipeline?

The Illinois Manufacturers' Association (IMA) released the following statement regarding House Speaker Nancy Pelosi's announcement that House Democrats and the White House have reached a tentative agreement on the United States-Mexico-Canada Agreement (USMCA):

The Romeoville High School Class of 1988 will celebrate their 30th class reunion on August 4, 2018. All graduates are welcome at Nevin’s Brewing Company in Plainfield for a casual evening of 80’s music, mingling, memories, and catching up with our classmates from 1984-1988! The party starts at 7pm and will include appetizers, photos in the photo booth and dessert. Please buy your tickets by July 10th. (You may buy tickets at any time, but we cannot guarantee a pint glass for any tickets purchased after July 10th.)

Mr. Safari is an 80 year old pensioner in a Tehran suburb. Since his wife died a decade past, his life revolves around getting Sangak–traditional Persian bread, –from the bakery and sitting on his balcony. His son, Parviz, lives in Canada and cannot return to Iran for political reasons, so he pays Mrs. Parvin, a neighbor Mr. Safari’s senior building, to keep an eye on him. As Mr. Safari descends into Alzheimer’s and no longer answers his phone, the worried son enlists a travel agent friend, Sara, to get dad a passport, a ticket, and to accompany him to Canada where he can be looked after and get better care. However, Mr. Safari falls obsessively in love with the young woman, gives up travel plans and, before his memory goes completely, tells her he loves her and would do anything for her, including murder. The elegiac film is a strong statement about the solitude, loneliness and becoming invisible of old age – whether in contemporary Tehran, or anywhere else.

Back-to-School tech for your children

It’s increasingly common to find classrooms filled with the blue hue of computer and tablet screens. Early education or postgraduate work, there’s a shift towards technology-driven, or at least technology-aided, schooling. Students that learn to use technology to stay organized, conduct in-depth research and collaborate with peers can also use these skills in college and their professional lives. What devices might students need? Laptops, tablets and smartphones are the primary devices that many students use. Although your child likely doesn’t need one of each, a graphing calculator is sometimes a second necessity for classes and standardized tests. Some high schools have a one-to-one program and issue students a laptop or tablet that they can bring home. Other schools let students borrow devices while in class, or let students bring their own device.

If you always stop to read the fine print before signing anything, congratulations – your parents trained you well.